All the time I have been active as a performer, I’ve been intrigued by how the sound of the musicians gets across to the audience, either live or via recordings. So I’ve kept up to date with live sound and recording techniques, and during many periods, sound engineering has been a major part of my activity. Since about 2006/7 I’ve been a constant fixture behind the mixing desk at many UK folk festivals, thanks to CV Audio of Coventry, one of the most active PA hire companies specialising in folk music. I’ve also been servicing some smaller events with my own digital PA system. Here’s a great photo of me on an old school analogue PA at Southwell festival.

Recording music for clients has also been a constant. But as you can see from the ad below, during much of 2015 I was temporarily unable to use my rented recording space at The Music Room in Cleckheaton. Sadly, the space has now been reclaimed permanently for admin by The Music Room, with no hard feelings on either side. So the temporary mobile recording setup has become permanent. 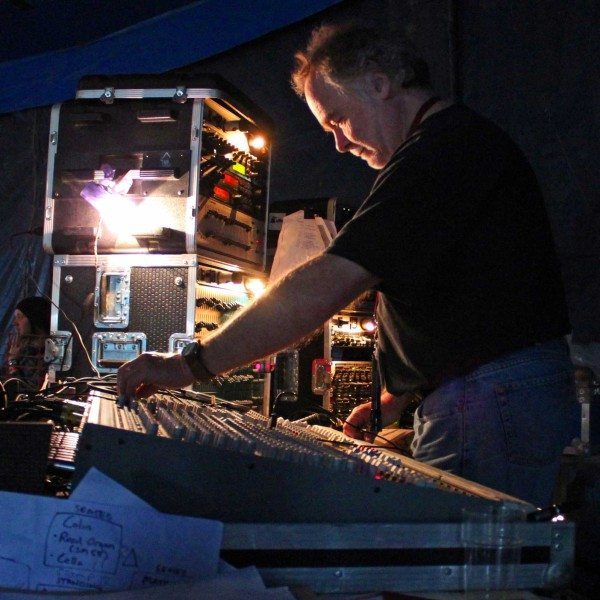 Ironically, this has coincided with no fewer than 7 recording projects in the pipeline! Two are partially or wholly complete – an album for Winter Wilson (mixing/mastering) and first of a possible three albums for Ashley Ashworth, squeezebox wizard from the Yorks/Lancs border. The rest will get under way in early 2016. I can now record on location, and mix down and master in my own home. This method offers an amazing cost saving over the former studio – please get in touch! I’ve lost count now of the albums I’ve recorded for other people over the years, but it’s way over 70 – you’re in safe hands! 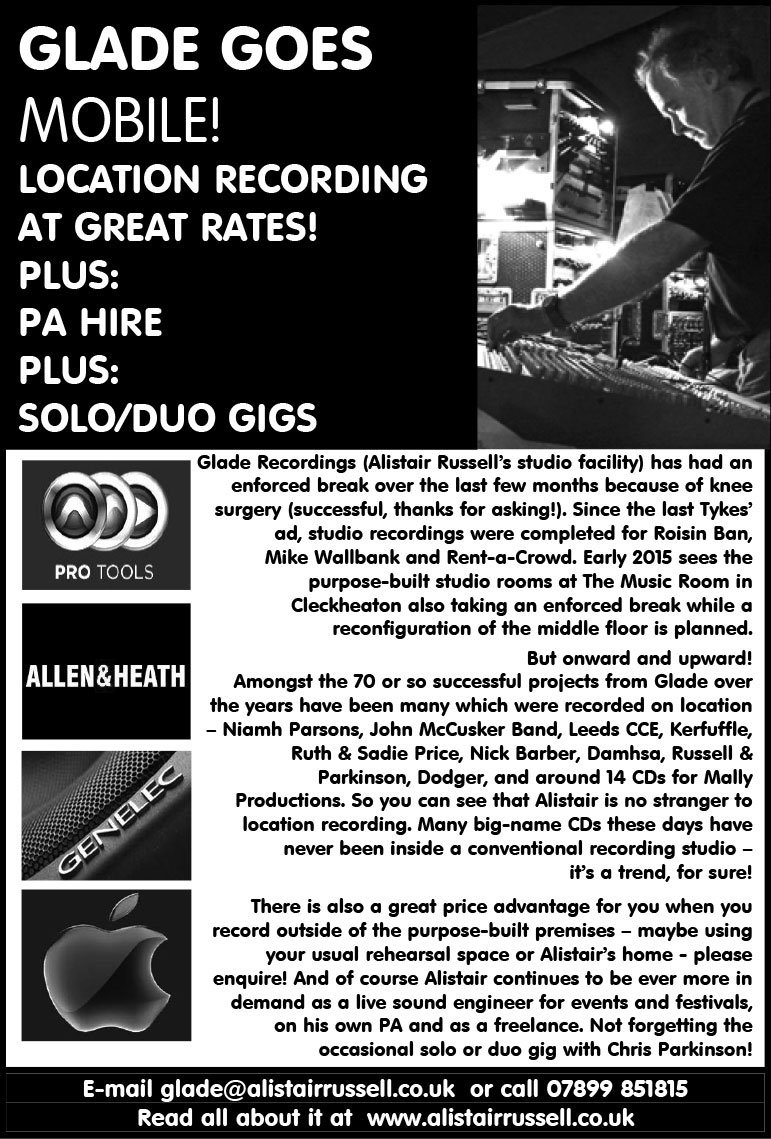